Discover the exact method that John used to take his Single Plane Swing from +19.6 to +6 in just six months without any hands-on training…

From: Todd Graves
To: Single Plane Golfer
Subject: RE: True story from an actual student

John was a seasoned golfer but, like most golfers he wasn’t getting any better. He was treading water with a mediocre handicap of 19.6.

Yet in just 6 months with the Single Plane Swing, John went from being a 20 handicapper, to a solid 6 – dropping 14 strokes off his score!

So how did he undergo this miraculous transformation?

Well I can tell you this…

“When I went into the winter I was hitting a slice. Now the winter is over and I can’t slice the ball at all. In fact, if I miss a shot, I hit a small hook.”

He didn’t do it with expensive custom clubs

He didn’t buy himself the latest and greatest driver

In fact, he accomplished all this in 6 months while his clubs were in storage because of a recent move.

So what was his secret?

You won’t believe me when I tell you…

John isn’t an athlete (he certainly never played at any professional level).

He isn’t someone with “natural-born” abilities

He doesn’t live on a golf course.

In fact, short of his remarkable improvement in his golf game, you might not say much of anything sets John apart from you or the guys you play golf with…

But here is the secret:

Well let’s start with some facts about the other 99%… 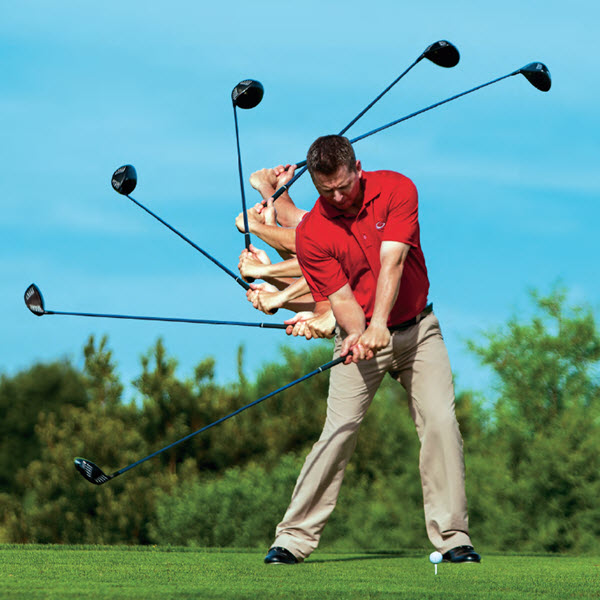 Despite all the improvements in technology – the average golfer, the 99% guy is only slowly getting worse.

The 99% think they are making progress when they practice, but are only treading water…

The 99% think they can show up for a round, spend 5 minutes pounding balls at the range and they are Good To Go. 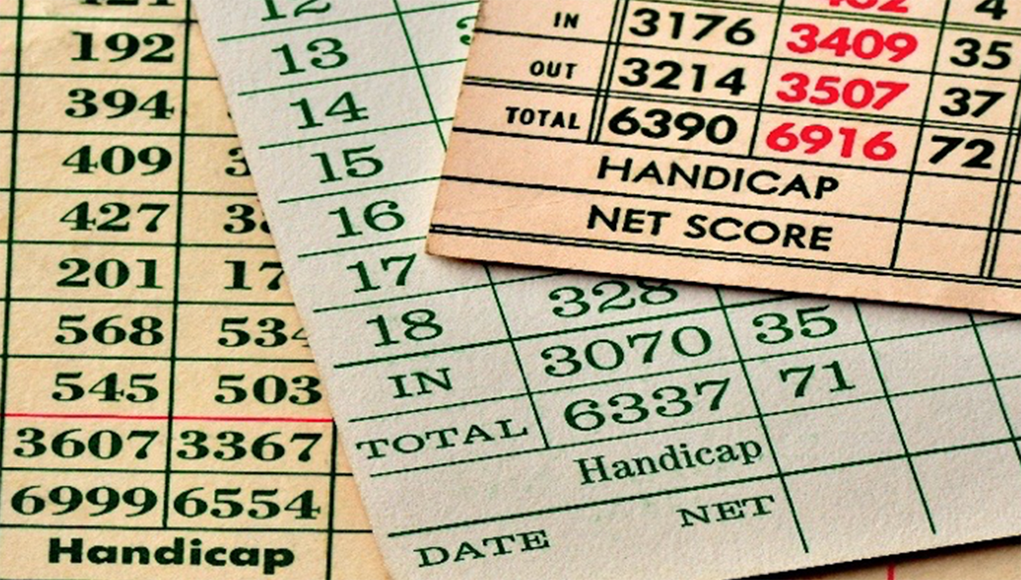 The “99%” golfers lives with constant frustration, yet it doesn’t have to be that way…

The 99% scratch their head when they DO practice wondering why they can’t hit two consistent shots to save their life.

The 99% have NO CLUE what they really need to be working on to improve.

The 99% have no goals or plan to make the necessary improvements.

The 99% look at the 1% Club and think… “Well, they were just BORN with natural talent”.

You probably are WELL AWARE of this 99% group as you look across the guys you play with.

What Golfer Do You See When You Look In The Mirror?

Tell me if any of this sounds familiar…

Cursing the same problems every week.

Suffering from the same aches and pains after a round of golf.

And that dreaded “if I could just…” statement:

If I could just put together 2 solid shots in a row.

IF I could just hit straighter drives, the rest of my game is ok.

If I could just get up and down more often…

You know what I’m talking about…

99% of golfers will never get past their fat shots, over-the-top swings, wicked slices and painfully frustrating inconsistency.

Yet, that is not what I want for you. And I know that isn’t what
you desire for yourself.

Now, on the other hand, the 1%’ers of the golf world, make REAL, LASTING improvement in their game… and understand and implement what I call the “10x Formula”.

The 10x formula is the proven method of getting ten times the results with the same amount of effort by knowing exactly where, when and how to focus their effort.

And this is exactly what John did…

So what was his secret ?

Now remember… John’s clubs were in storage.  He couldn’t get them out to work on his swing…

So what John did is … – are you ready for this?

John swung a broomstick in his basement… Yes, Really…

But it wasn’t the broomstick that gave him his improvement.

He used the secrets of the Single Plane Golfing elite – he used an under-the-radar program developed by my brother Tim and I – exclusively for building, mastering and executing Moe Norman’s legendary Single Plane Swing.

This program told john exactly what to do on a daily basis – to make incremental improvements without ever requiring him to hit a ball.

Did you catch that part?

He spent that entire time working on this swing… WITHOUT hitting balls.

He understood it was not about the RESULTS.  It was about teaching his muscles and brain the “Feeling” of the swing.

– for just a few minutes a day when he could work on his swing.

For John, this was in his basement with an old broom handle…

And John’s results were amazing – I couldn’t believe them when I first heard them myself.

In fact, John said: “When I went into the winter I was hitting a slice. Now the winter is over and I can’t slice the ball at all. In fact, if I miss a shot, I hit a small hook”

John’s Results Were So Astounding, I Knew I Had To Get This In The Hands Of Every Single Plane Student…

And today, I’m going to give this same step-by-step process to you…

— but here’s my condition. To get into the 1% you need one KEY INGREDIENT

You have to be COMMITTED!

1%’ers don’t get these results sitting on the couch. And if you’re looking for the magic weight loss pill of the golf world, then you can stop reading this right now…

However, that doesn’t mean you’re going to need to spend hours a day at the gym or hire a personal trainer. That’s not what John did, and that’s not what I want you to do.

This process that I’m about to reveal to you can be done in as little as 20 minutes a day – without ever leaving your house and without ever hitting a ball.

Follow this plan and you will see results. John is living proof of that. 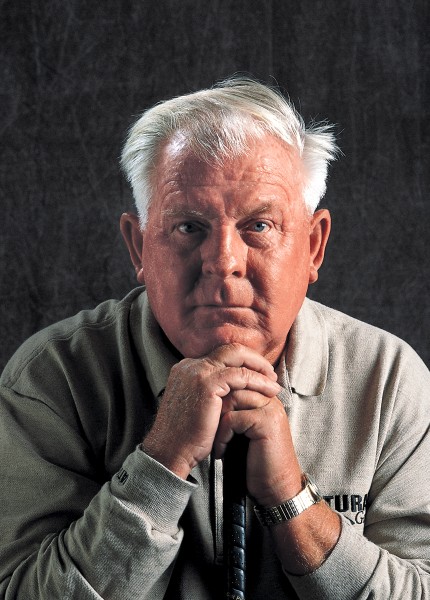 Moe’s commitment was his key to his incredible success…

These are the same routines that my brother Tim and I use on a daily basis to stay in the 1%, to have the confidence to know we can hit any shot at any time.

And now, I’m going to reveal this routine on February 1st during a 3-hour intensive, get-off your butt and follow along LIVE bootcamp!

I’m calling this event the 10X Bootcamp: The Secret Formula to Multiplying Your Results and Achieving Mastery In The Shortest Time Possible…

And it is ONLY for those of you who are serious about grabbing your game by the horns.

GGA is Proud to Introduce the… 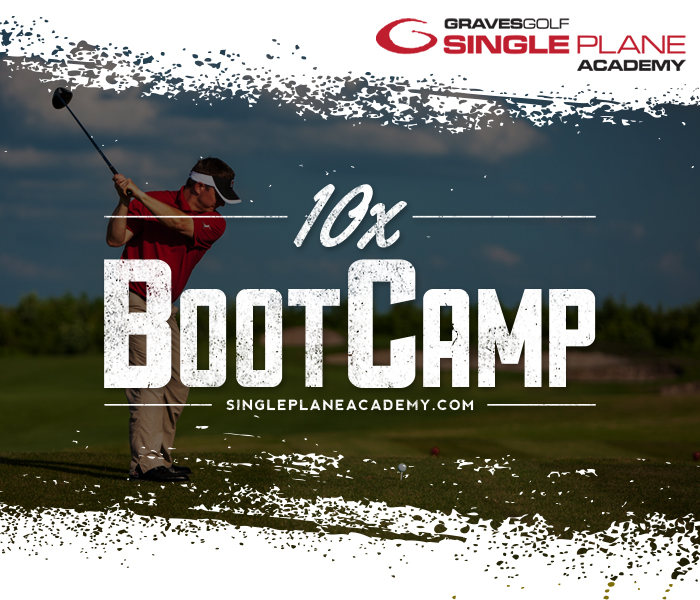 NOTE: this special LIVE Bootcamp Event is ONLY for you IF you are serious about committing and achieving Single Plane Mastery in 2017

A quick note from Todd:
If you’re ready to get out of the rut and actually, truly, discover why the Single Plane Swing is golf’s golden ticket, then you need to reserve your seat in this Bootcamp right now.

This LIVE event is scheduled for Feb 1st from 7-10pm CST. And I’m purposely running this entire training inside. So anyone, anywhere, can learn these proven secrets to success…

Reserve My Seat In The Bootcamp Now >>

The 10X Bootcamp is the ideal “Right Now” training if you:

• Are stuck inside and unable to play or practice for the foreseeable future
• Are feeling out of groove with your Single Plane Swing
• Want a brain-dead simple way to hammer home the fundamentals of Moe’s proven model
• Are tired of the ebb and flow of your golf game and want to kickstart your year
• Have watched the Single Plane Solution but are brand new to the Single Plane Swing and want to build the solid fundamentals that generate results
• Want a follow-along straightforward plan that walks you straight to results.
• And especially if you are down to your final straw with the game of golf and are ready to surrender to the proven effective methodology of the Single Plane Swing.

Reserve My Seat For This Special Bootcamp Now…

Look, I like my coaches to just “tell me what to do” so I can make progress. That makes it easy to follow and simple to execute. And so that is what we are going to be giving to you in this program….

The hold-you-by-the-hand routine that you can use, right now, to start getting the real results you want with your Single Plane Swing.

My brother Tim and I are going to be breaking down this exclusive 1 day, 3-hour class into 3 sections – and you’re going to be able to follow along with us as we demonstrate EXACTLY what you need to do to get a rock-solid base to your swing.

So today, you can get access to the complete 3 module training and replay access to the recordings for just one single payment of $98.

Now all you have to do to reserve your spot is click the red button on this page.

For any questions regarding the information above, don’t hesitate to contact us!